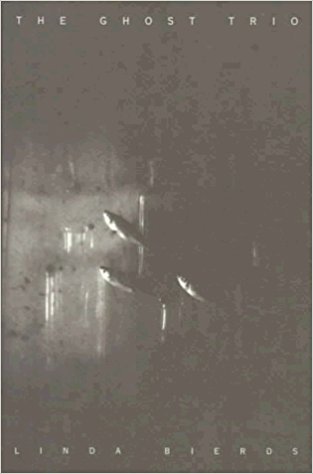 They darken.  In the sky over Florence,
the oblong clouds swell and darken.
And hailstones lift back through the updrafts,
thickening, darkening, until, swollen as bird eggs
they drop to the cobbled streets.

Horses! the child Galileo thinks, then
peeks through the doorway
to the shock of ten thousand icy hooves.
At his back, his father is tuning violins,
and because there is nothing sharper at hand

Galileo saws through a captured hailstone
with a length of E-string,
the white globe opening slowly, and the pattern inside
already bleeding its frail borders.
Layers and layers of ice—

Like what?  Onion pulp?  Cypress rings?
If only the room were colder, and the eye
finer.  If only the hand were faster,
and the blade sharper, and firmer,
and without a hint of song…

Gregor Mendel and the Calico Caps

With tweezers light as a pigeon’s beak.
I have clipped from each stamen a pollen-filled anther:
hour by hour, three hundred tiny heads, dropped
in my robe’s deep pocket, their yellow snuff
sealing the seam lines.  And thus,

I emasculate peas that would sire themselves.

Heresy, some say,
to peel back the petal, sever the anther, stroke
to the open blossom—with the sweep of a pollen-tipped
paintbrush—another blossom’s heritage.
Heresy, to mingle seed

fixed in the swirl of the world’s first week.

Rest, now.
The bird-beak tweezers mute on my lap.
In France, where orchids yield to unswept Alps,
they have tied to the legs of pigeons
parchment memoranda—silk threads

encircling the flaccid skin, and the burl of worlds

that lifts between neighboring rooftops.
Twofold, I believe,
the gift of those gilded wings:
for the mind, script,
for the soul, the sluiced shape of the thermals,

at last made visible to the upturned eye…

My fingers are weary.  Snuff in the seam lines.
To ward off the breeze and the bee,
I have tied to each blossom a calico cap.  Three hundred
calico caps.  From afar in this late-day light,
they nod like parishioners in an open field,

as I, in my labors, am stumbling.  And all of them
spaced, it appears, on the widening arc
of some grand design.  Blossom and cap in some
grand design.  Vessel and motion and the tinted threads.
Heresy?  Have I not been placed on that widening path?

Am I not, in my calling, among them?

When Abraham Ortelius fell in love with the world,
sometime in the Autumn of 1560, and vowed to map
its grand expanse, its seas and serrated coastlines,
that the mind might hold, as it does an onion,
“the weighty, layered wholeness of it,”
a tulip was launched, from Constantinople’s limpid port
toward the deep-water docks of Antwerp.
Still tucked in its fleshy bulb, it rode
with a dozen others, rising and falling
near the textile crates, as the ship slowly crossed
the southern sun, past Athens and Napoli, Elba, Marseille.
This is the world, Ortelius said, holding up to a friend,
Pieter Bruegel, a flattened, parchment, two-lobed heart.
And this, Bruegel, paint still damp
on his landscape of games, each with its broad-backed child.
It was an autumn of chatter and doubt, wonder
and grief and a quick indignation, sharp as linseed.
Slowly the ship tracked the Spanish coast, rising
and falling as the rains began, and the olives darkened
and red-tunicked soldiers, increasing their numbers,
rode north toward Flanders.  When the bulb
of as tulip is parted—its casing is also a tunic—
it reveals to the eye the whole of itself, all it will need,
like a zygote cell, to enter its own completion:
roots and pulp and, deep at the center,
leaves and a coil of bud.
That is the world, said Pieter.  And that, said Abraham,
each beholding the other’s expanse: on a single plane,
the oblong, passive hemispheres and, as if caught
by a closer eye, stocky broad-backed, hive-strewn shapes,
alit in their grave felicity.
Mistaken for an onion, the bulb roasted
near the Antwerp docks, then eaten with oil and vinegar.
Still new to the region, the others were buried in soil.
In Abraham’s early folios, South America blooms
from its western shore, articulating a shape
that has yet to appear, while in Bruegel’s painting,
a child on a hobbyhorse whips a flank of air.
Neither man lived to see, in 1650, at Nuremberg’s
peace Fair and Jamboree, fifteen hundred boys
on their wooden horses, fifteen hundred beribboned manes.
Watched from the highest balconies, they filled the square
like tulips, some said.  Like soldiers, said others.
Although none could be seen completely.  At last, all agreed,
they gave to the square a muted, ghostly atmosphere,
like the moods in medieval tapestries
that hold in quiet violence and a trellised rose—
although the sun that day was bright, all agreed,
and the wind splendid and clear, as it carried
the taps of those wooden hooves, and lifted
the ribbons this way and that, this way and that,
until night, like the earth, covered them.

Her forceful and scholarly poems investigate science, history, and art, within collections that are haunted and shaped by the presence of historical figures, such as Gregor Mendel who leads the reader through First Hand, and the Civil War photographer Matthew Brady, whose glass plate negatives provided the inspiration for The Profile Makers when Bierds learned they were declared as surplus and sold to gardeners for use as greenhouse windows.

"As Bierds explores the lives of others—mostly nineteenth-century figures—from inside out, lyricism blends with scientific scrupulosity to give these poems a powerful charge," declares a review of The Ghost Trio in the New Yorker. "Whether illuminating odd corners in the life of Beethoven, Darwin, Toulouse-Lautrec, or some anonymous child, she manages to turn anecdote into epiphany—to translate idiosyncratic information into emotionally persuasive acts of historical recovery."

Bierds has received several Pushcart Prizes, as well as grants and awards from the Seattle Arts Commission, the National Endowment for the Arts, the Ingram Merrill Foundation, the Guggenheim Foundation, the Poetry Society of America, and the MacArthur Foudation, who praised her in 1998 as "a poet whose attention to historical detail and to narratives of lyric description sets her apart from the prevailing contemporary styles."

She has taught English and writing at the University of Washington since 1989, and was the director of its Creative Writing Program from 1997 until 2000. She lives on Bainbridge Island in Washington.