A storm and so a gift.
Its swift approach
lifts gravel from the road.
A fence is flattened in
the course of the storm's
worse attempt at language--
thunder's umbrage. A tree
is torn apart,
blown upward through a bedroom
window. A boy winnows
through the pile
of shards for the sharpest parts
from the blown-apart
glass. He has
a bag that holds found edges
jagged as a stag's
horns or smooth as
a single pane smashed into
smaller panes that he sticks
his hand inside
to make blood web across
his acheless skin flexing
like fish gills
O-lipped for a scream
they cannot make.
He wants to feel
what his friends have felt,
the slant of fear on their faces
he could never
recreate, his body born
without pain. When his skin's
pouting welts
don't rake a whimper
from his mouth, he runs
outside, arms up
for the storm, aluminum
baseball bat held out
to the sky
until lightning, with an electric
tongue, makes his viscera
luminescent;
the boy's first word for pain
is the light's
new word for home.

Help me distinguish between approaching blizzard
and his breath against my ear, causing my skin
to whistle like a blade of grass. Please, help me keep
my mind at ease when he trembles beneath me, cold-
hot and wet, wet all over. The sheets have been
soaked and wrung and bleached. The carpet
vacuumed, the kitchen floor swept. God, help me keep
a clean home, keep the roaches' running prayers
from competing with my own, keep the rats
from gnawing on the bread with filth and squeak.
Plastic won't keep ice crystals from making
a second pane over the window, won't keep
the don't-give-a-damn cold from coming in
and lingering beneath our feet. Give me feet
that can sing, that can sing all over this floor
like a drum battalion, stomp out the pests
and their late night coitus, stomp out winter
crawling from beneath the floorboard, stomp out
the fever pouring from his never-dry back.
I want to heal like You do. God, let me walk on water.

When Rashawn Brazell went missing,
the first trash bag of his body parts
hadn't seen his head, didn't know where
it could be. The subway tracks spat
no sparks for him; the stairway light
to the train flickered no S.O.S.;
the recycling plant uncoiled
no ribbon of six-pack plastic to offer
evidence, condolence. Workers
at the recycling plant found a morbid gift,
limbs bagged up like trash. No head
to say a name or claim his body scattered
like false clues across Brooklyn. A shovel
holds memory better than any mourner,
rain carrying the sweet sting of pine
in its translucent purse, bird shit
from a nearby headstone washed by a storm
to the ground; the shovel blade holds
it all--the tears and the grass and the rain's
borrowed scent covers the dead
with a choir of things to hold. Song
in the mother mourning, mourning
what is left to hold, holding her one
long note, holding on to its impossible
fermata, to the throat's quaking acreage,
to the diaphragm's bellow; the note holds on
and won't let go, is shaped by this holding,
and is changed by the woman it enters
and changes. Song is changed. She is changed.
And the city is lightless, O God so still.

-from Thief in the Interior

BIO: Phillip B. Williams was born in Chicago, Illinois. He is the author of the chapbooks Bruised Gospels (Arts in Bloom Inc., 2011), Burn (YesYes Books, 2013), and a forthcoming collection, Thief in the Interior (Alice James Books, 2016). Williams is a Cave Canem graduate and the poetry editor of the online journal Vinyl Poetry. His poetry has appeared or is forthcoming in Callaloo, Kenyon Review Online, The Southern Review, Painted Bride Quarterly, West Branch, Blackbird and others. Williams is currently a Chancellor’s Graduate fellow at Washington University in St. Louis, where he is completing an MFA in creative writing. 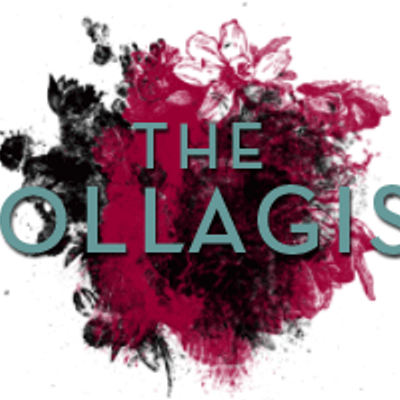